Farewell to most CBD lattes and gummies in Washington state 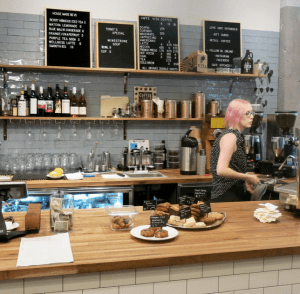 Store owners will start pulling CBD gummies and drinks off of their shelves in Washington.

The state’s Department of Agriculture has recently clarified that CBD is not allowed as an ingredient in traditional foods. CBD is a derivative of the hemp plant that’s used widely in lotions and supplements, but it does not have the psychoactive effects -the high- of marijuana.

CBD is also not regulated under Washington state law the way marijuana is. The assistant director of food safety at the state’s Department of Agriculture, Steve Fuller, says laws around CBD have been hazy. Now they’re trying to clarify that it’s actually never been legal to sell it as a food ingredient.

“All the vitamin shops and grocery stores and even CBD shops, they’re not allowed to sell food products that contain CBD as an ingredient,” says Fuller. It may surprise the countless store owners who sell CBD infused gummies, soda, or lattes across Washington state.

The enforcement comes after the federal government passed the 2018 Farm Bill that legalized hemp production. It allows for farming of hemp for industrial purposes, but still does not give authorization to use CBD or other cannabinoids as a food ingredient.

“And yeah, fully acknowledging that the cat’s out of the bag and that those products are on the shelves already,” says Fuller. “What we’re hoping to do is let folks know that’s not in compliance with the law and that many of them [are] either removing CBD as an ingredient or discontinuing distribution of the product.”

He says they’re educating people now and do not have plans to raid stores. Fuller says if people want to be able process and sell CBD foods in Washington, that would need to be approved by the legislature or voters, just as recreational marijuana was.

He says while food cannot contain CBD, topical products like lotion still could. And edibles will still be allowed is recreational marijuana stores, where it’s the products are regulated not as food but as marijuana products.