Vote HempNewshemp-newsMichigan farmers are taking advantage of the hemp industry

Michigan farmers are taking advantage of the hemp industry 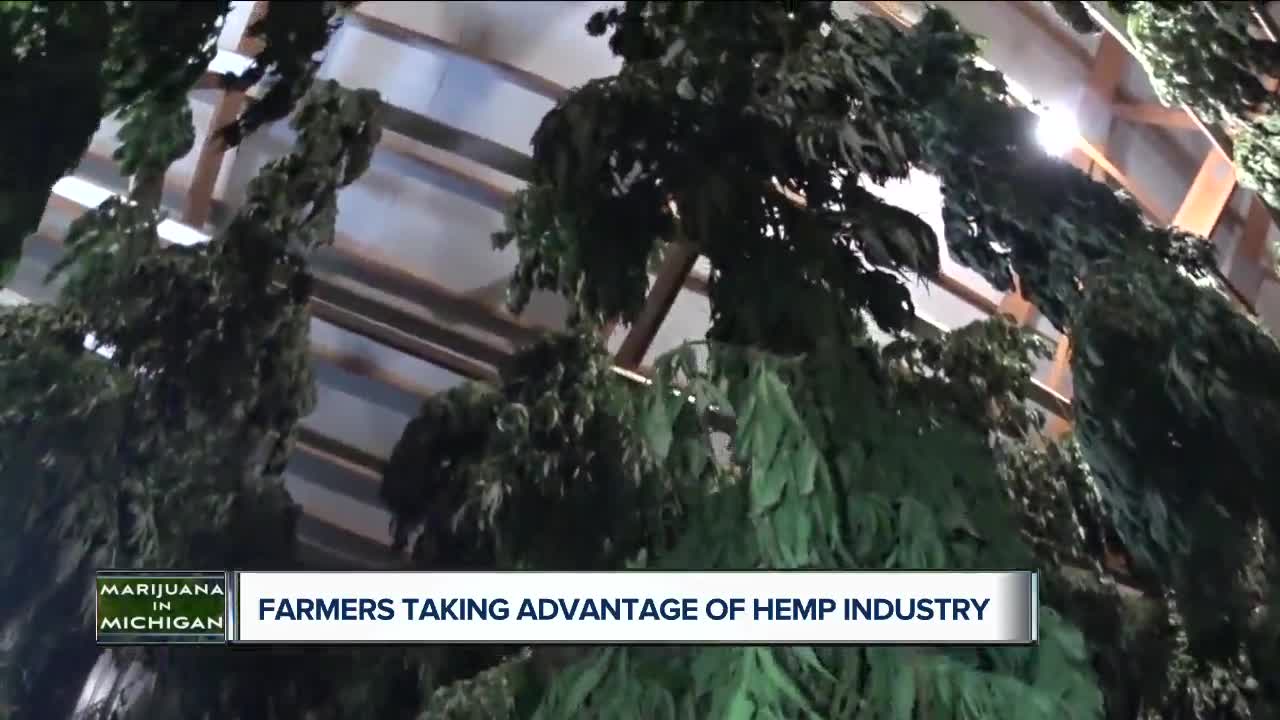 (WXYZ) — Michigan farmers are calling it the next big thing in farming and for the state.

Hemp farming is taking off to new limits with endless possibilities and growth. It’s a new adventure for Michigan farmers looking to break into the CBD business. However, one Michigan farmer says there’s more to hemp than just CBD.

“It was one of those things that gained momentum quickly for us,” said David Connor, who goes hemp.

That’s what he first told his business partner Joe Leduc of Leduc Blueberries of his vision to grow hemp. Then there were many questions.

“He was a little dubious at first, I admit that,” said Conner, CFO of Paw Paw Hemp Company. “He was like wait a minute is this legal, that was the big question.”

Leduc Blueberries in Paw Paw Michigan is about 155 miles outside of Detroit. It has been in the farming industry for decades, growing mostly blueberries. But Connor saw something more – something that can really take off.

“If I plant a blueberry plant today, I’ve got probably three to five years to wait before I start getting something from that crop,” Connor said. “Where as with hemp, if you take care of it you plant it right, your feeding it right, that’s a six-month cycle.”

The 2018 Farm Bill legalized the farming of hemp in Michigan. Farmers were provided with a license and regulations to grow hemp. Connor and Lecud decided they’d plant 4 acres of hemp seeds and see what happens, and take advantage of both the blueberry and hemp harvest.

“We need to add more value to what we’re doing as farmers, and so hemp really plays itself well into that market,” Connor said.

They were able to grow 1700 plants per acre. Connor says growing hemp is a very labor intensive process from start to finish, with a lot of trial and error.

“Hemp is one of those things that you’ve got to take a little more care in the beginning and a lot more work goes into it at the end,” Connor said. ” You’re getting a much quicker turn around on that product than you are say blueberries.”

The duo just finished harvesting the plants and so far the return looks pretty good.

Connor says Michigan could be at the forefront in the hemp industry, but not just for CBD oil.

“Not everything needs to be processed into CBD oil, but as we can move into different market demands I think it’s going to make things much more lucrative for the farmer,” Connor said. “The long term okay has got to be something more commercialized ,something more mechanized that fits in with your more standard we grower operation like a long stalk fiber type hemp that they can then use for industrial operations.”

Connor adds that hemp can be used for so many things that can benefit a lot of people and industries.

He says that in time, the industry will expand into areas where hemp can be used for things in every day use. Connor says it’s a risk, but a risk worth taking. As for next year, Connor and Leduc plan to expand, while continuing to grow blueberries.

Connor and Leduc plan on planting hemp on 100 acres next year. Connor says it’s an exciting time to be a farmer in Michigan with endless possibilities for hemp, and says the future looks bright.