Enthusiastic by nature, Gerry Berkowitz, professor in the Department of Plant Science and Landscape Architecture, is bursting with even more excitement than usual about his latest area of research and teaching. For decades, Berkowitz has done groundbreaking work, applying molecular genetics in seeking to understand aspects of plant biology. He has now turned his attention to the cultivation of industrial hemp.

Hemp, a strain of the Cannabis plant low in tetrahydrocannabinol (THC), the well-known cannabinoid that produces psychoactive effects, produces another cannabinoid called cannabidiol (CBD), which has no psychoactive effects but does have great potential for medical use. Berkowitz has nearly two acres of the unimpressive-looking plant growing in Storrs and a green light to do all he and his students can to unlock the potential for a pharmaceutical breakthrough.

Berkowitz’s excitement stems from the potential he sees in the plant, the interest his students can barely contain and the possibilities for additional funding and patenting of products that may help people suffering from a variety of maladies, including epilepsy.

The path to this research has been long and convoluted. For more than sixty years it was illegal to grow hemp in Connecticut. Then, in 2014, Connecticut passed a law that legalized the cultivation of hemp with less than 0.3 percent THC content. Two years earlier, in 2012, the Cannabis genome was sequenced, paving the way for scientists to gain some insight into the genes encoding every enzyme in the plant. 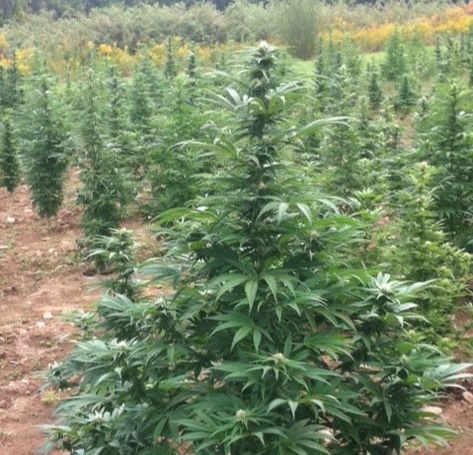 “Gene sequencing was the watershed event. It allows scientists to go light years beyond what was known. This is really exciting, especially with a plant that needs to be studied further. There are very few published papers, perhaps only ten or so, on the horticulture and molecular genetics of the plant in terms of producing the cannabinoids THC and CBD. With gene sequencing, we can look at the factors that affect THC and CBD production in the plant. We have a new perspective,” says Berkowitz.

Key tobacco-producing states saw hemp cultivation as an alternative crop and federal legislation was passed to promote it. Berkowitz developed a proposal to study the horticulture and genetics of hemp with the goal of increasing the knowledge base about the plant, which he submitted to a Connecticut enterprise that is growing medical marijuana. He worked with the University administration and venture capitalists to secure grant funding for a research project in his lab. The project was funded for $200,000. In a separate project with a second company, two acres of hemp were planted at the department’s research farm so that the researchers might learn about field production of hemp, which had to up that point been grown in Connecticut only in greenhouses, and about how best to extract CBD from the plant.

Berkowitz and his graduate student Philip Estrin hypothesize that plant hormones used for ripening bananas may affect the gene that controls CBD production in hemp. Berkowitz also is working to clone the Cannabis CBD gene. Recent studies have shown that genetically engineered yeast can efficiently produce plant compounds using glucose as a starter, and Berkowitz sees this as a possible method for producing CBD.

“It’s exciting to think that it may be possible to produce CBD as cheaply as making beer in fermentation tanks by using yeast and glucose. This work may lead to creation of an important pharmaceutical for people at a low cost,” he says.

“I’m not a physician, but there are many reports about the efficacy of CBD in treating seizures. That’s not my field, but there is plenty of interest in CBD and the generation of new information about it may be a good investment.

For the field production effort at the research farm, hemp seed costing $7,000 was planted. The resulting plants were high in CBD and low in THC, and the harvested crop is valued at more than $200,000 per acre, based on the value of the CBD that can be extracted from it.

When the hemp is ripe, small yellow hairs called trichomes growing on the female flowers fill up with cannabinoids (in this case CBD). The flowers are hand harvested with scissors. The CBD is extracted through the use of liquid CO2 or other solvents, a process Berkowitz is studying now with the goal of improving it.

Working with Berkowitz and Estrin are other graduate students in the department: Jonathan Mahoney, Lorenzo Katin-Grazzini and Cora McGehee from the labs of faculty colleagues Mark Brand, Yi Li and Rosa Raudales. They are interested in using tissue culture, hydroponics and other processes to grow hemp and engineer it for more efficient extraction of CBD.

Says Berkowitz, “There is so much undergraduate interest. It is an open field and the students are excited about it. I imagine that whether it is federal funding or venture capital, this area will be supported. I hope to see undergraduates to postdocs play a big part. No one has published about the plant physiology of Cannabis. I’m learning right along with the students. I hope we can plant a flag and develop a reputation in this area.”