Pennsylvania farmers have lowered their expectations as they prepare for a second year of growing hemp.

“Everybody went into this thinking they were going to make a million dollars, and that crashed real quick,” said Lee Ralph, who lives in Robinson Township and owns Full Circle Fields in Venango County.

Ralph said he managed to break even on his hemp crop last year, which puts him in a better position than many farmers after prices plummeted from $40 a pound to $10.

This year he’s being more cautious — planting only five acres instead of last year’s 15.

Many farmers are reevaluating their relationship with the crop, said Jeff Fowler, an educator with Penn State Extension who works with hemp farmers.

Despite the concerns, the state Department of Agriculture has issued 415 hemp growing permits this year, and about 200 more applications are pending.

Last year’s permits were all for farmers. This year’s count includes both farmers and processors, which were not require to get a permit in 2019. About 10% of 2020 applications were from processors, according to the Department of Agriculture.

The department does not yet have a count of how many acres of hemp farmers will plant this year. Last year’s count was about 4,000 acres.

“It was a learning year for a lot of hemp farmers,” Fowler said.

The biggest lesson is that infrastructure needs time to catch up with supply, according to Fowler. Hemp needs extensive processing to be turned into usable products like CBD oil or hemp fiber. Last year, there was too much hemp, and not enough processors. Farmers couldn’t find buyers for their products.

Farmers have learned to find a buyer before planting, Fowler said. Those that have yet to do so are working hard to line up contracts before committing to the crop.

It’s unclear whether there will be a substantial increase in processing capacity this year. The price crash has sent shock waves through the industry.

Ralph said he’s already found a buyer for this year’s crop, but the coronavirus pandemic caused more complications. The pandemic and related shutdowns have rocked the economy, and hemp farmers don’t know how that will impact them.

“It’s definitely a crap shoot,” Ralph said. “Who knows what the market is going to be when the coronavirus is all over?”

A U.S. Department of Agriculture program will provide $19 billion in emergency coronavirus aid to farmers, but hemp farmers currently are not eligible to receive that aid, according to legal news site Law360. That could change if the industry can show the pandemic had a significant impact on hemp prices.

The 2018 federal Farm Bill fully legalized hemp for the first time since the 1930s, though some Pennsylvania farmers started growing hemp in 2017 under a limited pilot program.

A recent report by the USDA said the future of hemp is uncertain, but it probably will remain a specialty crop, dominated by a few states, rather than a profitable option for every farmer.

“We are taking a long view and we believe this approach will sustain and grow a robust Pennsylvania hemp industry in the future,” state Department of Agriculture spokeswoman Shannon Powers said in a statement. “Interest in 2019 was overwhelming, and we expect a continued high level of interest in this promising crop.”

Fowler said it’s too early to predict whether Pennsylvania will manage to develop a thriving hemp industry, but farmers are ready to give it another shot.

“They are gearing up and ready to go again,” Fowler said. 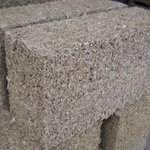 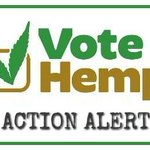 A 0.3% max THC definition of hemp doesn't work for farmers, regulators, or the industry. Help us get the attention of Congress! Please sign the petition to redefine hemp to...
Happy Friday! Sign the petition before signing off for the weekend! 👌🏼 https://t.co/d2ieTGe7cE 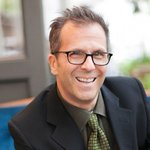 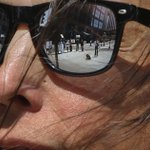 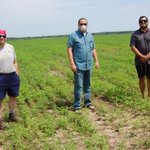 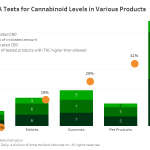 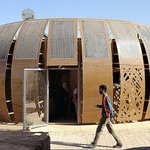