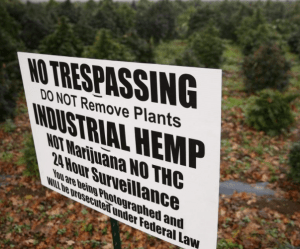 PITTSBURG, Kan. — Industrial hemp has seen rapid growth in Kansas since becoming legal in recent years, but could soon be given an even greater boost in the southeast corner of the state.

The Pittsburg City Commission weighed the pros and cons Tuesday of providing support to a new business that is looking to bring cannabidiol (CBD) processing to town, before ultimately holding off on making a decision about whether to help finance the operation.

“In light of our current economic climate it’s nice that we’re still bringing projects where people are wanting to start new businesses and create new jobs here in Pittsburg and Crawford County,” Director of Economic Development Blake Benson said in introducing the proposal.

CBD is a chemical that can be extracted from Cannabis sativa, otherwise known as hemp, which when grown differently with a focus on producing tetrahydrocannabinol (THC), is also known as marijuana.

“CBD is non-psychoactive, unlike its cousin THC,” said Colby Terlip, who grew up in Frontenac and owns Sunflower Hemp Company, in his presentation to the Pittsburg City Commission on Tuesday.

“It was first isolated in the 1940s, and then further research was done. The largest study was done in the 1980s up until now, and that study found that CBD (…) helped out with seizures. Unfortunately that study got pushback because of the stigma associated kind of with the plant, where the substance came from.”

Today, however, Terlip noted, there is an FDA-approved, CBD-based medication for treatment of certain seizure disorders on the market called Epidiolex.

Kansas has legalized hemp cultivation in recent years, first through a pilot program that began last year, and is now moving towards a commercial program, and while some of the state’s hemp growing has been to produce fiber from the plant, much of it has focused on CBD production.

Sunflower Hemp Company is investing about a million dollars to get its operation up and running. Terlip aims to establish a 20,000 square-foot Good Manufacturing Practice (GMP)-certified facility on North Rotary Terrace in Pittsburg, initially for refining crude CBD oil into extracts such as tinctures and topical applications. He said his facility will be able to comply with current federal, state and local regulations and he is prepared to comply with even further requirements that could soon be put in place.

In response to a question from Mayor Dawn McNay, Terlip discussed what it means to be GMP-certified. Major pharmaceutical brands, “your Tylenols, Advils, stuff like that, is made in a GMP-certified facility,” Terlip said, adding that his company is state-licensed as a hemp grower, processor, and distributor.

“We feel that a lot of players in the game now, their facilities won’t be able to pass those certifications, inspections,” Terlip said. “So that will probably weed some people out when the FDA comes down with what it’s going to take to actually produce a product and put it for human consumption in the retail space.”

“So if anybody wants to get into the hemp space as a farmer, we can provide an outlet for them to get their crop from seed to sale,” he said.

“So a lot of farmers this past year or the years past, have had problems getting their product to market or having a market for their product because they don’t know where to go. So we can take their product, get it extracted. We can buy the crude oil that’s extracted from their product, or we can provide another outlet for them to sell maybe a finished product. So we will have those resources, those avenues for any farmer locally that wants to get into the space,” Terlip said.

Terlip previously presented his proposal to the city’s Economic Development Advisory Committee (EDAC), Benson noted, but because of coronavirus restrictions the meeting was held via a conference call that had some technical difficulties.

“As we had follow-up conversations with the chair of the EDAC, John Clark, we also realized that we were also asking the EDAC to opine on — I don’t know if the words would be the politics or the morality of CBD — something that’s so new, but it felt like it was more than what you would ask a citizen advisory board to weigh in on,” Benson said.

Commissioner Patrick O’Bryan said the EDAC’s job was to make economic and business recommendations to the commission, and political and moral judgments should play little role in those recommendations.

“I would just like to say that as long as it’s a legal operation, I don’t see that there should be a morality or any other kind of issue besides that,” O’Bryan said, provided that assisting Sunflower Hemp Company would make economic and business sense.

City Manager Daron Hall, too, said the nature of Terlip’s business probably had an effect on the discussion city officials were having about whether they should support it.

“Obviously what we’re all talking about is the subject matter,” Hall said. “If Colby was making balloon animals, we probably wouldn’t be having this conversation.”

After Terlip mentioned that his facility would produce a form of CBD extract that can be used for making CBD gummy bears, Hall questioned whether this would count as food production, as Terlip also noted that CBD in food and drink is not yet federally approved.

In response, Terlip said “there’s a gray area there in the law to where the law will allow you to put it in a gummy bear; even though you might see it as food, the law really doesn’t define it as a food because you’re not eating it like as a meal.”

The assistance from the city that Terlip is specifically seeking is a $110,000 grant, which would pay for a fire safety sprinkler system that the city requires for a facility the size of Sunflower Hemp Company’s, as well as other safety equipment such as laboratory fume hoods and fire safety storage cabinets.

Asked by Commissioner Chuck Munsell if he had tried to get bank loans to pay for the safety equipment, Terlip said he had but they weren’t comfortable loaning him the money. Though some banks in states such as Colorado, Oregon and California deal with the hemp and marijuana industries, “I didn’t feel comfortable approaching those banks just because of what they would ask for collateral-wise,” Terlip said.

McNay and O’Bryan had some questions about the number of employees Terlip would be hiring, what they would be paid, and whether city money given to Terlip should be on the condition of retaining employees over a set time period. Benson said the amount Terlip was asking for was comparable to projects the city has supported in terms of how much he was investing compared to how much he was requesting from the city, and the commissioners had a few different options for the specifics of any arrangement they would approve.

“I don’t have a problem with it going forward,” Commissioner Larry Fields said. “I think EDAC has been through it, and this is four months old and they’ve seen it; and it’s legal, it’s not illegal.”

In response to questions from Fields about Sunflower Hemp Company’s plans to ultimately grow its own hemp for processing, and whether that would cut out the local hemp farmers Terlip had said his facility would support, Terlip said his Pittsburg facility would not reach its processing capacity from the amount of hemp his own company would be growing on its own. Fields said he knew some farmers who were growing 40 acres of hemp.

“That’s a big investment, the hemp plant takes a lot of — you have to water it, you have to take care of it,” Terlip said. “There’s no approved pesticide in Kansas yet to spray on it, so if something gets it, it really can — you could lose $100,000 really quick.”

Although Terlip is hoping to get his business up and running by June, several commissioners said they weren’t comfortable making a decision Tuesday and asked him to present to the EDAC again before approving city funding for the project.