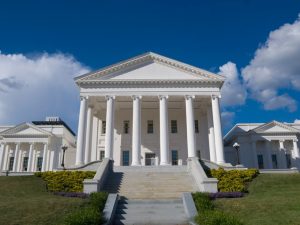 On April 6, Virginia Governor Ralph Northam signed a bill that defines “industrial hemp extract” as a food. Senate Bill 918, which was introduced by David W. Marsden (D-Fairfax), establishes (i) requirements for the production of an industrial hemp extract or a food containing an extract and (ii) conditions under which a manufacturer of such extract or food shall be considered an approved source. According to the bill, “food” means any article that is intended for human consumption and introduced into commerce. “Industrial hemp extract” is defined as an extract (i) of a Cannabis sativa plant that has a concentration of tetrahydrocannabinol (THC) that is no greater than that allowed for hemp by federal law (i.e., <0.3% THC) and (ii) that is intended for human consumption.

SB 918 further authorizes the Virginia Board of Agriculture and Consumer Services to adopt regulations establishing contaminant tolerances, labeling requirements, and batch testing requirements, and it provides that money collected under the bill must be deposited in the Virginia Industrial Hemp Fund. The bill also directs the Secretary of Agriculture and Forestry to report on a plan for long-term sustainability of funding for the industrial hemp program by November 1, 2020.

In contrast to SB 918, at the federal level, hemp extracts, like CBD, are not eligible to be used as an ingredient in conventional foods and dietary supplements. On March 5, FDA released its Report to Congress, which discussed the Agency’s developments regarding the regulation of cannabinoid-containing products. Progress toward quickly providing for the lawful use of CBD in dietary supplements and conventional food is not likely, and the report makes it clear that FDA remains concerned about the risks of CBD, which include potential liver injury, interactions with other drugs, male reproductive toxicity, and side effects such as drowsiness.