“The decision in HIA v. DEA is a huge boost to the hemp food market, and we expect to see many more hemp food products on store shelves,” says David Bronner, maker of the AlpSnack® organic hemp nutrition bar and Chair of the HIA Food and Oil Committee. “The three judge panel agreed with our main argument that the DEA’s ‘Final Rule’ ignores Congress’s specific exemption in the Controlled Substances Act (CSA) under the definition of marihuana that excludes hemp seed and oil from control along with hemp fiber. Based on today’s decision, the court reasonably views trace insignificant amounts of THC in hemp seed in the same way as it sees trace amounts of opiates in poppy seeds,” says Bronner.

A Video News Release (VNR) will be broadcast via satellite for free and unrestricted use. The 15-minute VNR contains footage of popular hemp food products and the manufacturing process; statements from nutritionist Dr. Andrew Weil; and key background on the landmark decision.

Today’s Ninth Circuit decision permanently invalidates the DEA’s “Final Rule,” issued on March 21, 2003, that was virtually identical to an “Interpretive Rule” issued by the DEA on October 9, 2001 that was invalidated by a Ninth Circuit court order issued on June 30, 2003. Click here to view the Ninth Circuit ruling.

In today’s decision, Judge Betty Fletcher wrote, “[T]hey (DEA) cannot regulate naturally-occurring THC not contained within or derived from marijuana-i.e. non-psychoactive hemp is not included in Schedule I. The DEA has no authority to regulate drugs that are not scheduled, and it has not followed procedures required to schedule a substance. The DEA’s definition of “THC” contravenes the unambiguously expressed intent of Congress in the CSA and cannot be upheld.”

During the final oral arguments held in San Francisco on September 17, 2003, the HIA argued that the DEA’s “Final Rule” banning nutritious hemp foods misinterprets the CSA. The judges were completely unconvinced by DEA attorney Daniel Dormont’s arguments that Congress did not exempt hemp seed from the CSA even if the seed contains insignificant amounts of naturally-occurring THC, according to the hearing transcript available here.

Dormont was read back the section of the CSA dealing with the hemp seed exemption on three occasions by Judge Alex Kozinski. By the third reading, a frustrated Kozinski stated “SØ I tried to say it once before. What this tells me is Congress knew full well that stalks and seeds and fiber could be carriers of some level of tetrahydrocannabinol (THC). They were aware of that. Nevertheless, it said unless you do the extracting part they are not marihuana under the definition. That is what it says to me.” Near the end of the DEA’s arguments, Judge Kozinski asked Dormont, “Can you tell me how you are going to save the [poppy seed] bagel?” The question drew laughter from the packed courtroom, but is a serious issue considering that the irrational logic behind the DEA’s attempted hemp food ban could easily be applied to poppy seed bagels.

During final arguments, the DEA acknowledged that hemp foods have no abuse potential, stating “The concern of the Drug Enforcement Administration isn’t particularized to the particular products that these Petitioners make. The DEA has never said, has never focused on the particular products and said anyone can get high from them, or that they pose a harm to people.” According to Nutritionist and best selling author Dr. Andrew Weil, “There is absolutely no health concern about trace amounts of THC in Hemp foods. I think the federal court decision is great.”

In regard to widespread outrage over the DEA’s “Final Rule” — 115,000 public comments, a letter from the Canadian government, and a letter from Congress co-signed by 22 Representatives submitted to DEA opposed to the hemp food ban — Ninth Circuit Chief Judge Mary Schroeder asked the DEA: “Did you take into account the objections of people who might say that this doesn’t make a lot of sense?” Dormont admitted the rule “wasn’t popular.” Protests were organized by Vote
Hemp against DEA’s attempts to ban hemp foods. In December 2001 and again in April 2003, at more than 50 DEA offices nationwide, activists gave away hemp foods, poppy seed bagels and orange juice that contain trace THC, opiates and alcohol respectively to highlight the absurdity of DEA’s rules. These “Hemp Food Taste Tests” generated public outrage and forced former DEA Administrator Asa Hutchinson to debate Vote Hemp Director Eric Steenstra on National Public Radio.

Eating Hemp Food Does Not Cause Failed Drug Tests

U.S. hemp food companies voluntarily observe reasonable THC limits similar to those adopted by European nations as well as Canada and Australia. These limits protect consumers with a wide margin of safety from workplace drug-testing interference (see hemp industry standards regarding trace THC at www.testpledge.com). The DEA has hypocritically not targeted food manufacturers for using poppy seeds (in bagels and muffins, for example) even though they contain far higher levels of trace opiates. The recently revived global hemp market is a thriving commercial success. Unfortunately, because the DEA’s Drug War paranoia has confused non-psychoactive industrial hemp varieties of cannabis with psychoactive “marihuana” varieties, the U.S. is the only major industrialized nation to prohibit the growing of industrial hemp.

“We are very excited that our best-selling Organic Hemp Plus Granola Cereal® and our LifeStream Natural Hemp Plus Waffels® will continue to be available in thousands of stores nationwide,” says Arran Stephens, President and Founder of Nature’s Path Foods.

“DEA was foolish to try to ban hemp seed because it is a rich source of protein, dietary fiber, minerals, iron, vitamin E, and a near perfect composition of essential fatty acids – Omega 3 and 6,” says Lynn Gordon, President of French Meadow Bakery which sells Healthy Hemp Bread®. “We expect sales to increase enormously as result of the court ruling.”

“Nutiva’s organic hemp bars and protein powder can finally be sold without concern over its legality,” says John Roulac, President of Nutiva.

“The court ruling will jumpstart sales of our new meatless Omega Burgers® made from organic hemp seed,” Ruth Shamai, President of Ruth’s Foods.

Hemp Foods are Safe and Nutritious — DEA Rules Were Ridiculous!

Hemp seed is one of the most perfect sources for human nutrition in all of nature. In addition to its excellent flavor profile, the seed meat protein supplies all essential amino acids in an easily digestible form and with a high protein efficiency ratio. Hemp oil offers high concentrations of the two essential fatty acids (EFAs) in a perfect ratio of the omega-3/omega-6 acids. EFA’s are the “good fats” that doctors recommend as part of a healthy, balanced diet.

Florida, Tribes Among The Latest To Get Federal OK For Hemp Production The Miccosukee Tribe of Indians, which controls more than 270,000 acres in and around the Florida Everglades, has won a key approval from the U.S. Department of Agriculture that opens ... 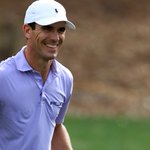 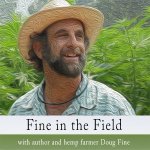 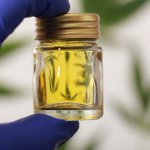 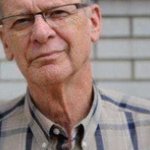 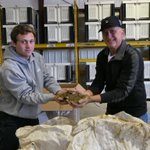 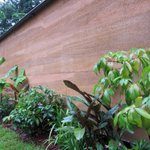 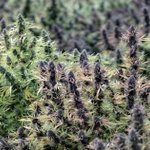 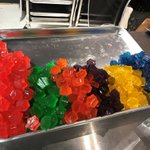 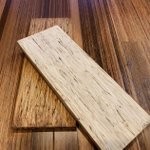 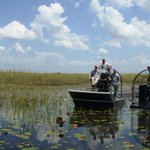 Florida, Tribes Among The Latest To Get Federal OK For Hemp Production
Read more at: https://t.co/Fd5EM8VsCS #votehemp #hemp #florida https://t.co/u2LiQC8o01
Florida, Tribes Among The Latest To Get Federal OK For Hemp Production The Miccosukee Tribe of Indians, which controls more than 270,000 acres in and around the Florida Everglades, has won a key approval from the U.S. Department of Agriculture that opens the door to hemp production on tribal lands.
Sizzling CBD pet market sees soaring sales, adoption by mainstream brick-and-mortar retailers In 2016, sales for pet CBD products stood at $58,581 – but that increased to nearly $7.4 million in 2019, said Maria Lange, pet and cannabis research specialist for market analytics giant Nielsen Global Connect.
Over the last year, 57% of pet specialty stores were selling CBD products, up from 45% the prior year.
10 Years Ago: Monson v. DEA
On May 18, 2010, North Dakota’s Speaker of the House, David Monson, and North Dakota farmer Wayne Hauge filed a legal action against the Drug Enforcement Administration (DEA) in the U.S. Court of Appeals for the District of Columbia Circuit. The DEA had delayed the approval of the farmers’ applications for federal licenses to grow industrial hemp for more than 3 years. Both farmers had received state licenses to grow hemp from North Dakota Agriculture Commissioner Roger Johnson for the previous four growing seasons under North Dakota’s industrial hemp program. Monson and Hauge were seeking federal registrations that would enable them to cultivate oilseed and fiber varieties just as farmers in Canada and Europe already do. The DEA delay was a de facto denial of their applications and the only recourse was to challenge them in federal court.
This was the first state-backed effort to allow farmers to grow hemp. Vote Hemp helped fund and coordinate the effort and provided legal counsel for the plaintiffs. The court ultimately ruled against Monson and Hauge but this was an important step in the battle to legalize commercial hemp farming.
For more on Monson v. DEA including video footage and court filings, and to continue to support our efforts, visit our web site: https://www.votehemp.com/resources/hemp-legal-cases/monson-vs-dea-hemp/
Golfers Embrace CBD, Even as Its Gentility Is Questioned https://t.co/4dAOh0QD9v #golf #CBD #Athletics #hemp #votehemp #recovery https://t.co/sddPNOeaMx
Don't miss @organiccowboy's latest column on the #VoteHemp blog! He discusses how #farmers cultivate the finest #hemp around: https://t.co/PZ0QzgHgFw https://t.co/RDC4LODlHj
Editor's Notebook: In uncertain times, the hemp plant has lessons for entrepreneurs Hemp entrepreneurs have more than market history to draw inspiration through economic upheaval. The plant itself can be a source of strength for troubled businesses - it’s both brand new and older than recorded history.
Federal judge orders New York company to stop distributing hemp seed oil after FDA’s repeated warnings https://t.co/VCcXnhFC52 #hemp #votehemp #CBD https://t.co/mto1yac2iP
The long and winding history of industrial hemp https://t.co/dWVdpCacFF via @timesrecorder #hemp #votehemp #farmers https://t.co/uUl9PBMJ7r
Industrial hemp products are exploding! https://t.co/NIacEz9laR #votehem #hemp #CBD #CBDoil https://t.co/59y04CUSfh
Here’s Why Hempcrete Is The Greatest Innovation in Healthy Homes https://t.co/4b5jANjn0e #hemp #hempcrete #sustainable #votehemp https://t.co/0H18wtqJ8p
The hemp boom has failed to materialize, and regulatory uncertainty is to blame, writes @baylenlinnekin https://t.co/u5L0EDrhDr via @reason #hemp #votehemp #freetheseed #CBD https://t.co/9vLnkF3X7W
Tennessee CBD retailers' 'Operation Candy Crush' lawsuits moving forward https://t.co/7PwYGcXQ8R #hemp #votehemp #CBD #CBDoil #CannabisCommunity https://t.co/zNkDjHlHPa
Hemp-based wood startup gaining market traction despite tariff, pandemic obstacles https://t.co/rqjviaO7sY #hempwood #sustainable #hemp #votehemp https://t.co/bF2xwoWGOd
Another federal judge pauses CBD labeling lawsuit because of FDA delays A San Diego-based CBD manufacturer, won’t face a labeling lawsuit until federal health authorities decide how to regulate over-the-counter CBD.
Florida, Tribes Among The Latest To Get Federal OK For Hemp Production
Read more at: https://t.co/Fd5EM8VsCS #votehemp #hemp #florida https://t.co/u2LiQC8o01