WASHINGTON, D.C. – Vote Hemp, the nation’s leading grassroots hemp advocacy organization working to change state and federal laws to allow commercial hemp farming, in coordination with Agricultural Hemp Solutions, will hold a Hemp Lobby Day on Capitol Hill, Thursday June 7, 2018, to push for the passage of the Hemp Farming Act of 2018. Hundreds of hemp business owners, entrepreneurs, farmers and advocates from across the country will meet with their Congressional representatives in Washington, DC, and rally support for full commercial legalization of industrial hemp farming, as the Hemp History Week campaign educates consumers nationwide about the benefits of this sustainable, versatile and historic crop. To register for this event, or to sign up for concurrent lobby efforts taking place in states across the country, please visit: https://goo.gl/forms/NwvxeZzQCgWpAgYw1.

Introduced on April 12, by Senate Leader Mitch McConnell (R-KY), with strong support from Senator Ron Wyden (D-OR), and further bi-partisan support from Senator Jeff Merkley (D-OR). The Hemp Farming Act of 2018, if passed, would remove federal roadblocks on the cultivation of industrial hemp, the non-drug agricultural varieties of Cannabis. The bill currently has 21 cosponsors including Minority Leader Chuck Schumer (D-NY). The full text of the bill may be found at:

When passed, the Hemp Farming Act of 2018 will remove industrial hemp from Schedule I of the Controlled Substances Act and allows it to be regulated as an agricultural crop. The bill moves federal regulatory authority of hemp to USDA and requires State departments of agriculture to file their hemp program plans with USDA but allows them to regulate hemp cultivation per their State specific programs. In addition to defining hemp as cannabis that contains no more than 0.3% THC by dry weight, the bill asserts a ‘whole plant’ definition of hemp, including plant extracts.  If passed, the bill would remove roadblocks to the rapidly growing hemp industry in the U.S., notably by authorizing and encouraging access to federal research funding for hemp, and remove restrictions on banking, water rights, and other regulatory roadblocks the hemp industry currently faces. 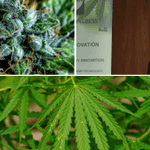 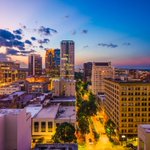 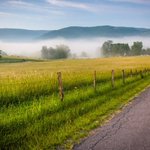 Federal authorities have awarded $200,000 to a #WestVirginia University professor to study what can cause inconsistent levels of #THC in #hemp plants: https://t.co/vuf8z7o4fw #votehemp #agriculture https://t.co/FOmRkbcKLP

Could industrial hemp be part of the future of battery powered vehicles? Fresh research into the efficacy of hemp batteries says yes.⠀
⠀
Learn more (clickable link in profile): https://buff.ly/2X2etzM⠀
...
Our Hemp #COVID Impact Survey is out! About 58% of farmers reported a drop in farm gate prices of more than 5% since January of 2020. Only 11% of respondents...

Our Hemp COVID Impact Survey is out! About 58% of farmers reported a drop in farm gate prices of more than 5% since January of 2020. Only 11% of respondents ...
How To Read CBD Oil Labels (VIDEO) https://t.co/Job6iATYJc via @ministryofhemp #CBD #hemp #votehemp #CBDProducts

Texas smokable hemp ban takes effect next week Officials in Texas have certified that the code banning the retail sale and distribution of smokable hemp products has been approved and becomes effective Aug. 2. 👎

Colorado hemp producer and CBD maker Charlotte's Web revealed a gorgeous piece of farm art as part of it's “Trust The Earth” campaign. The campaign’s purpose is to raise awareness ... 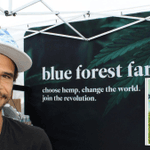 Charlotte’s Web unveils 76-acre farm art installation in effort to encourage consumers to fight for... Colorado hemp producer and CBD maker Charlotte's Web revealed a gorgeous piece of farm art as part of its “Trust The Earth” campaign. The campaign’s purpose is to raise awareness ... 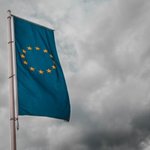 EU Commission revises stance on WHO cannabis scheduling vote as it leans toward CBD as a narcotic https://t.co/uRDyh7xfgQ #hemp #votehemp #CannabisNews https://t.co/n1N64lDekz

Updated directives from the U.S. Navy powers-that-be state sailors and marines are prohibited from more products made or derived from hemp. WTF?! ⠀
⠀
⠀
⠀
#hemp #industrialhemp #hempindustry #cannabiscommunity ... 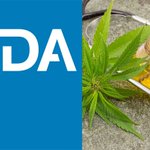