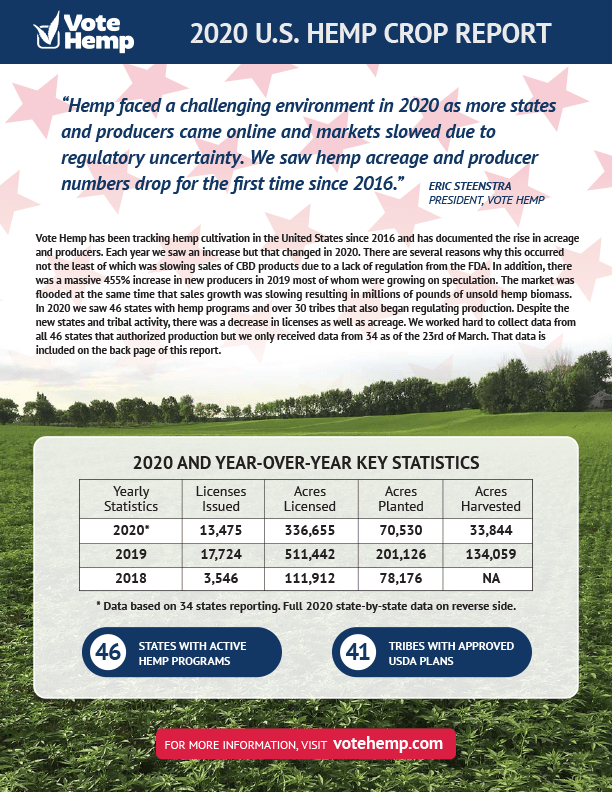 Washington, DC – Vote Hemp has released its 2020 Hemp Crop Report documenting the state regulated cultivation of hemp in the United States. Vote Hemp has been producing the Hemp Crop Report since 2016 and the 2020 growing season marks the first time that there has been a decrease in licenses and acreage. Going into the 2020 season, there were 49 states that had passed laws authorizing hemp farming and 46 of those have regulatory policies or plans to allow hemp to be grown.

Vote Hemp. contacted all 46 states to request data and received responses from 34 including top hemp markets of Colorado, Kentucky, Montana and Oregon as well as a number of newcomers. The 2020 report is being released at the NoCo Expo and via the Vote Hemp web site.